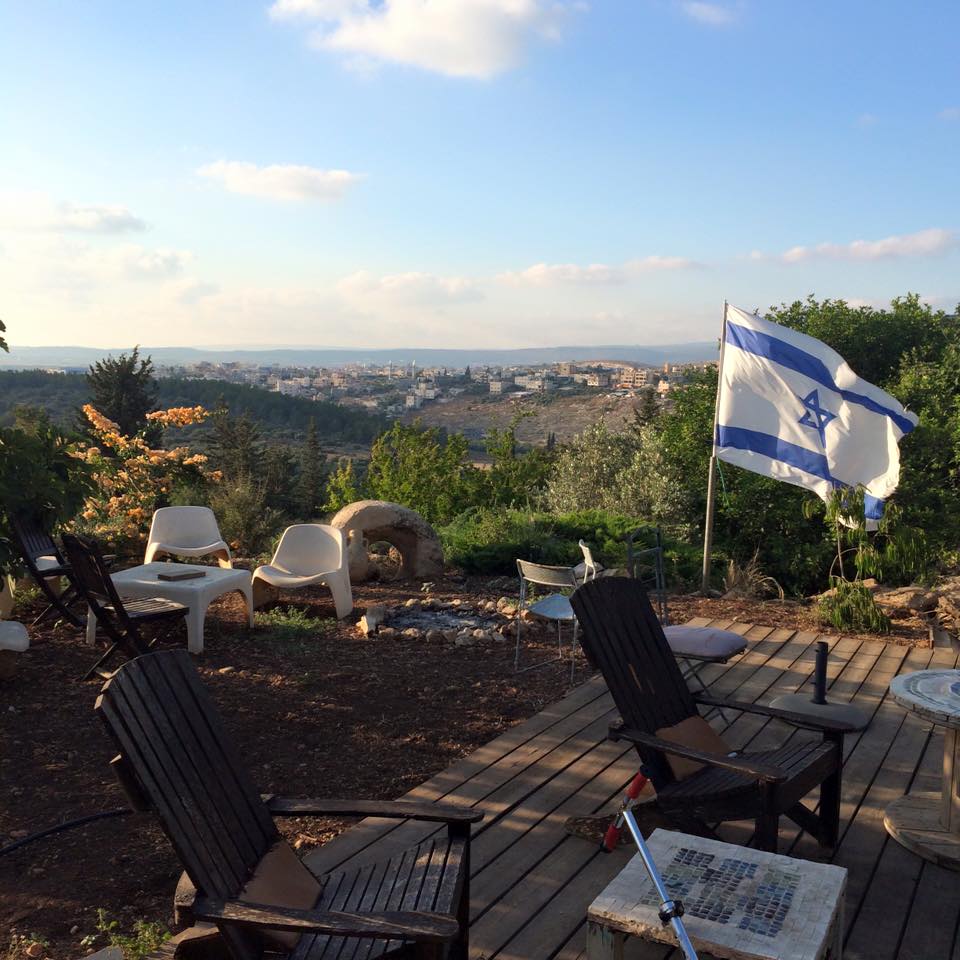 Two nights ago we returned from our family stay in Karmiel/Misgav, two hours north of Tel Aviv. Everyone in our group was paired up and sent to spend Shabbat with a family in the area. Hannah and I met up with our hosts in the community of Mizpe Aviv and immediately took in the incredible view from the house.

Our hosts took us around the neighborhood and explained how they were one of the first families to live in the community. They showed us the caravans where families live while their houses are being built, and then we got to see the small zoo and recreation area.

There’s really nothing to compare this type of community to in the US. It’s more than just a neighborhood, but it’s not necessarily an entire city. It has a gate, but it’s not a gated community. It’s hard to explain things like this to my friends back at home because there simply isn’t a direct translation.

The families in Mizpe Aviv are not religious, but we were treated to an incredible Shabbat dinner after our tour. One of the children was vegetarian, so our dinner consisted of several types of salads, vegetables, lasagna, bread, rice, and lentils. There was also chicken for those who ate meat. Everything was authentic and fresh, as is typical in this country.

After dinner we picked up some of the host daughter’s friends and drove for an hour to a kibbutz called Ga’Aton. We waited in a line of cars outside the gate for about fifteen minutes until it was finally 11:00 and they let us in to go to the pub. It was pretty much empty when we got there, but within ten minutes the entire mood of the bar had changed into a cool, relaxed, drunken hangout spot.

Hannah and I freaked out when we saw a dog walking around in the bar, but none of the Israelis seemed shocked in the slightest. I asked one of the host daughter’s friends if this was normal and she reminded us “You’re on a kibbutz!” 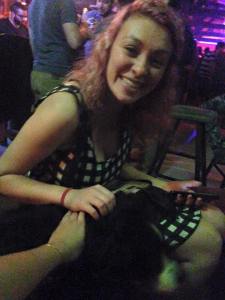 On Saturday, we went to a pool party for one of our host daughter’s friends. We drove another hour to get there (nothing is super close in Israel) and then hung out for a few hours. The weather was perfect and the pool was huge. Everyone was so tan and fit because they all live near the ocean (according to our hosts, that gives them more incentive to stay in shape).

I’m so thankful that our hosts had us tag along on their normal day, rather than do super touristy things up north during our family stay. The whole point of the weekend was to experience what it’s like to be an Israeli in Israel, and I couldn’t have asked for a better time.

Yesterday was the first day of our internships. It’s really incredible to see how relaxed the Israeli workforce is and to hear about everyone’s experiences at our various workplaces. We’re all doing totally different things, from academic research to food blogging to industrial design to government and non-profit activities.

The best part is that we can all come together after work and just hang out as one big family. Yesterday our madricha said that she felt as if she had birthed 28 children, and I think it’s really great to see how we all enjoy spending time with one another, whether it’s going out or just playing Bananagrams in the apartment.

Our madricha came in clutch last night with a restaurant recommendation for Noah and my one-year anniversary. We asked her for a nice restaurant near the beach, and she offered us even more than we could have expected. We called and made a reservation at Mantaray and then walked down towards the sea. The restaurant was situated right on the beach with huge glass windows and a large balcony for outdoor eating. The tables were covered with white tablecloths, there were flickering candles on each table, and the lighting was dim, but the environment wasn’t stuffy and uptight like some fancy American restaurants. It had the distinct, relaxed Israeli vibe that I love so much about this country.

Unfortunately I haven’t made it to the shuk, but hopefully that happens this afternoon because I’m in desperate need of some fresh produce. Tomorrow we have a day trip to Haifa and then it’s back to our internships until the weekend.